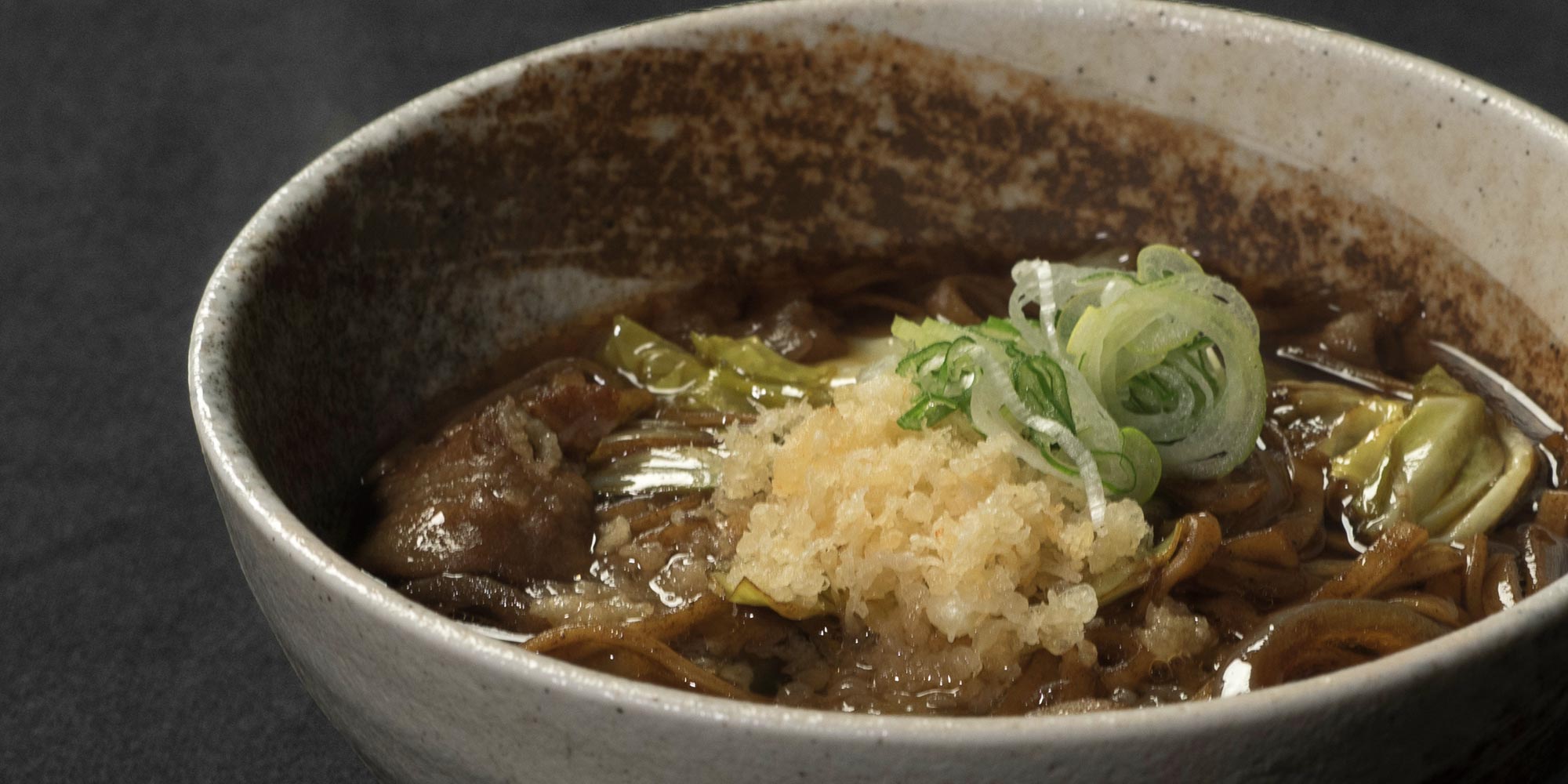 The Tsugaru region is said to have been a granary region since the Yayoi period (300 BC – 250 AD). Various cuisine using rice and rice cakes mochi have been developed in this region for many years. For example, there is a sake cellar that was originally established over 200 years ago.
With rich land and abundant nature including the surrounding Hakkoda Mountains and Mt. Iwaki, Kuroishi produces safe and fresh agricultural products.
In addition to the Kuroishi Tsuyu Yakisoba, which has been in the top ranks of the local cuisine national competition B-1 Grand Prix, Kuroishi has another local specialty “Kuroishi Yosare Nabe”.

The Kuroishi Yosare Nabe is a hot pot dish that is another local specialty. Ingredients are locally sourced chicken (breed: Plymouth Rock) and various vegetables. There are typically 4 different types of seasoning for the soup stock (salt, ponzu vinegar, soy sauce, and garlic/ginger sauce) from which you select 2. The hot pot is divided into two sections so the two selected types of soup stocks are served together.

It has become a popular local cuisine loved by locals over generations. There are two types of Kuroishi Yakisoba, the traditional udon-like yakisoba and the Kuroishi Tsuyu Yakisoba which is served in broth.