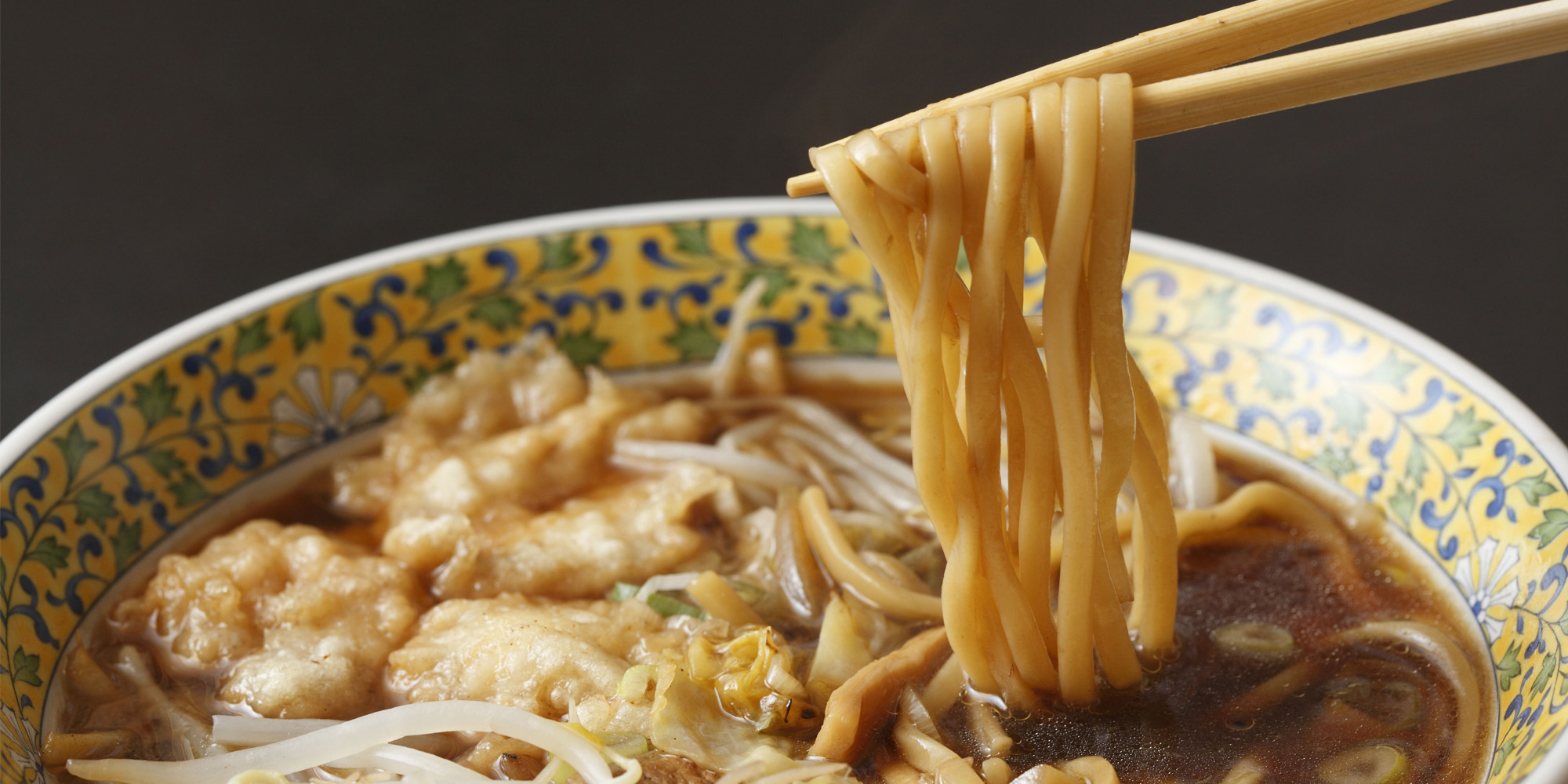 Kuroishi Yakisoba (fried noodles) is also known as “snack noodles”. It was once available for as little as 10 yen and a popular snack choice for children. It has become a popular local cuisine loved by locals over generations. 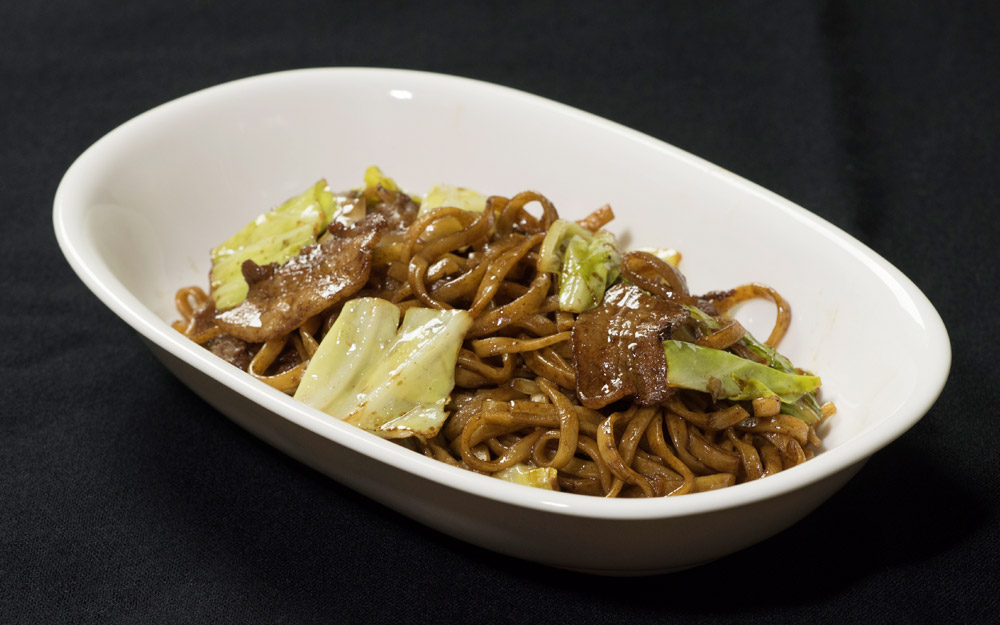 Unlike the usual thin yakisoba noodles, the Kuroishi Yakisoba uses thick flat noodles. It looks similar to udon noodles.
The noodles have a mocha-like texture and are flavored with a Worcestershire Sauce based glaze. 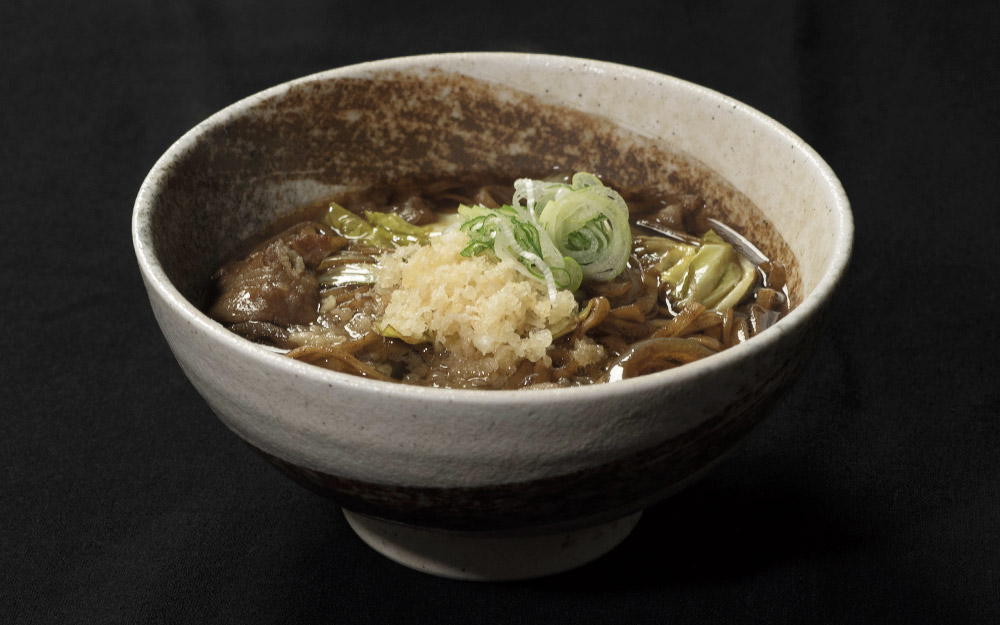 Kuroishi Tsuyu Yakisoba is a modified version of the traditional Kuroishi Yakisoba, served in a Japanese style broth “tsuyu”. A local comfort food unique in all of Japan, it has placed in the top rankings of the B-1 Grand Prix, a national competition of regional cuisine.
Some unique versions of the Tsuyu Yakisoba use ramen broth instead of tsuyu.
This is one of a kind dish you must try!