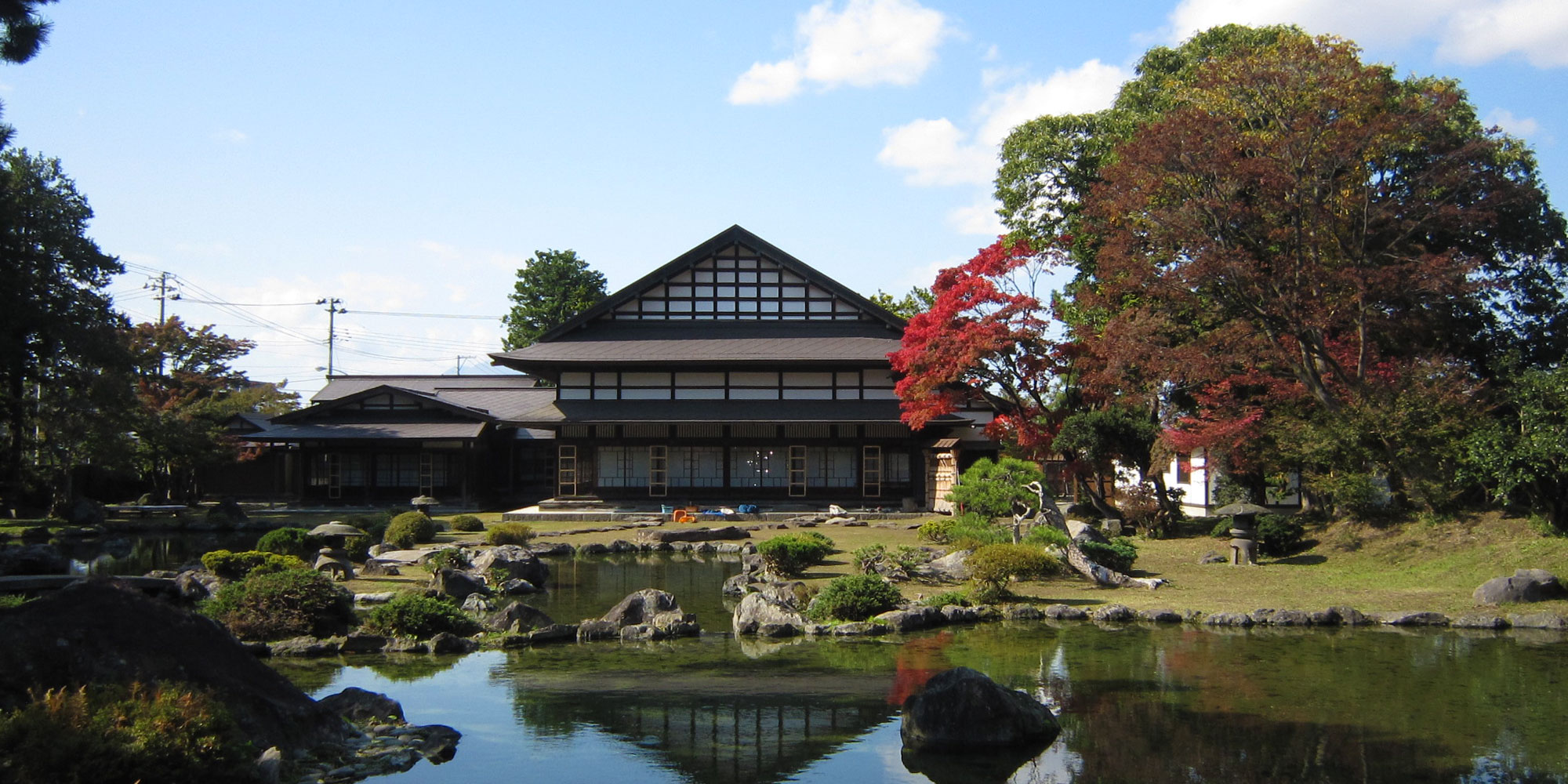 Kanehiranarien Garden, also known as the Sawanarien, was completed in 1902.
It features an Oishibugakuryu style garden, a common style in the Tsugaru region as seen at the Zuirakuen Garden of Hirosaki and Seibien Garden of Hirakawa.
The Oishibugakuryu style is characterized by utilizing crude rocks that are locally sourced. Its rough and simple style is quite captivating. It was recognized as a national scenic beauty in January, 2006. 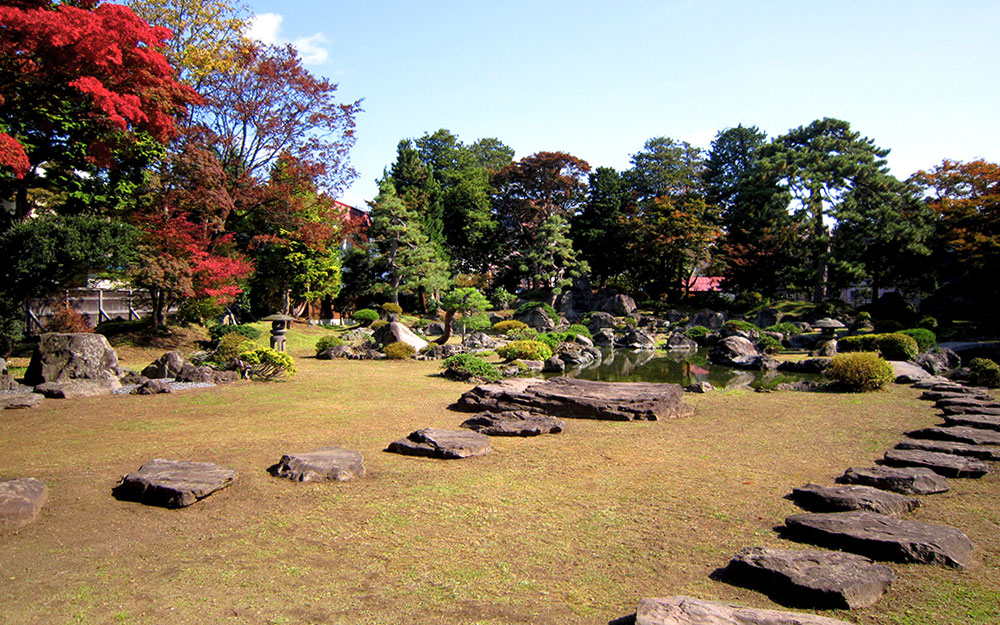 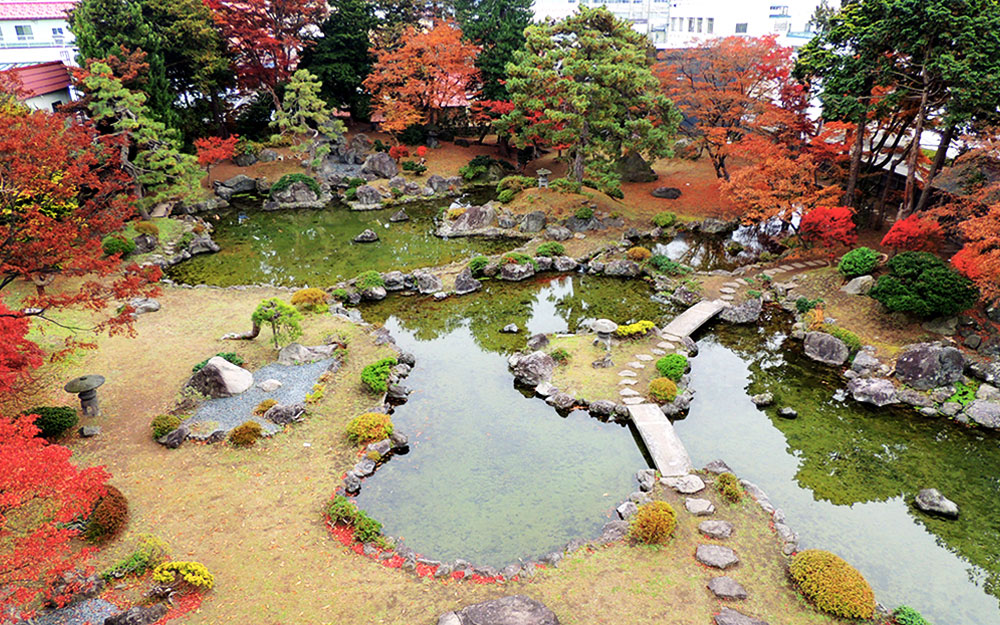 The “Kanehiranarien” was named by the politician/businessman Kato Uhee’s words wishing for “wealth to spread to all and the world to become peaceful”. Mr. Kato owned a sake brewery named “Sawayanonarinosuke” and thus it was also called “Sawanarien” by people.

The garden is only open during certain time of the year. 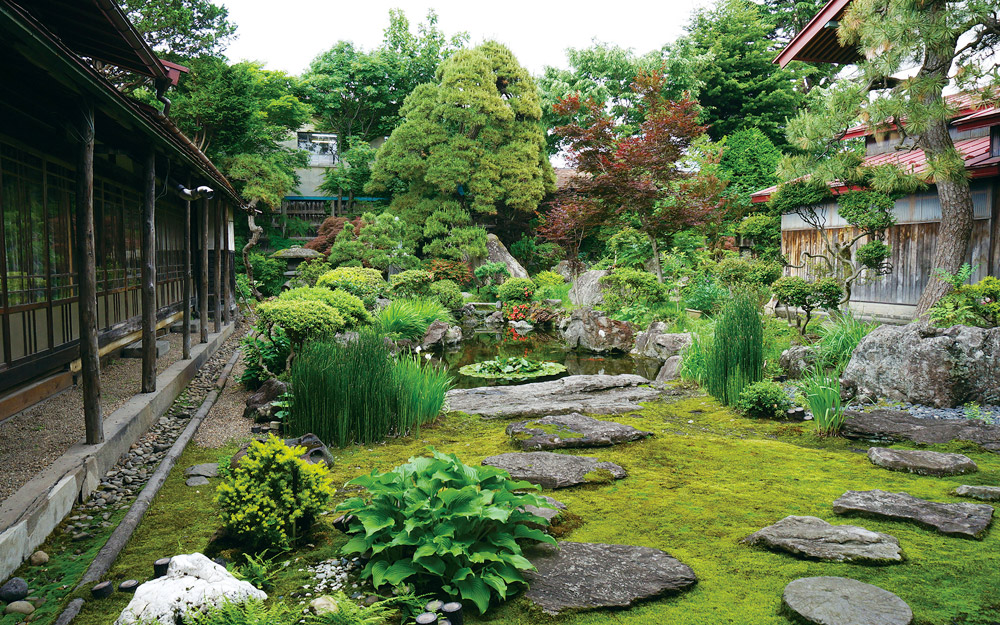 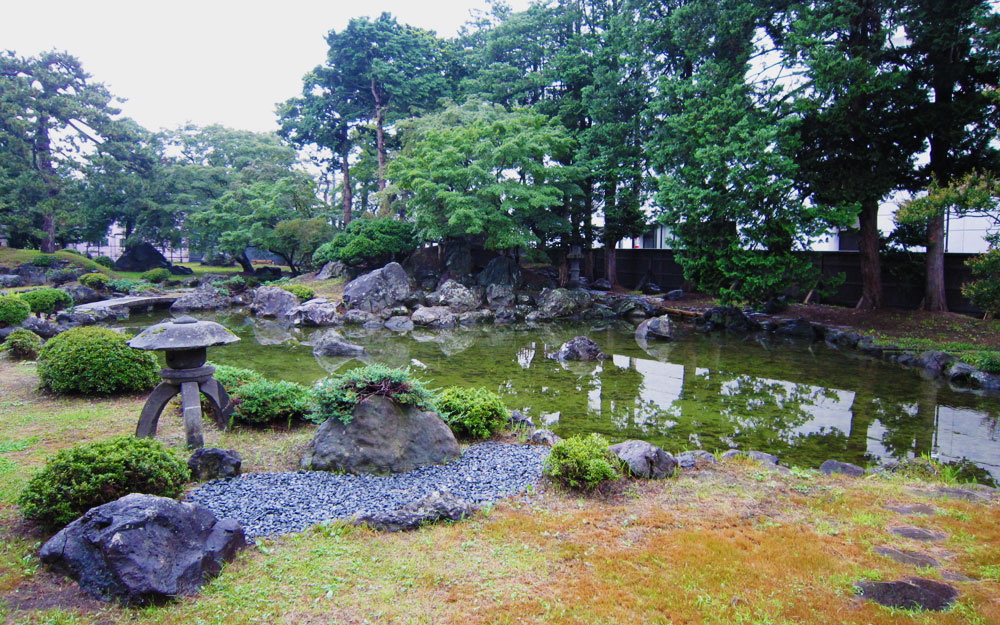