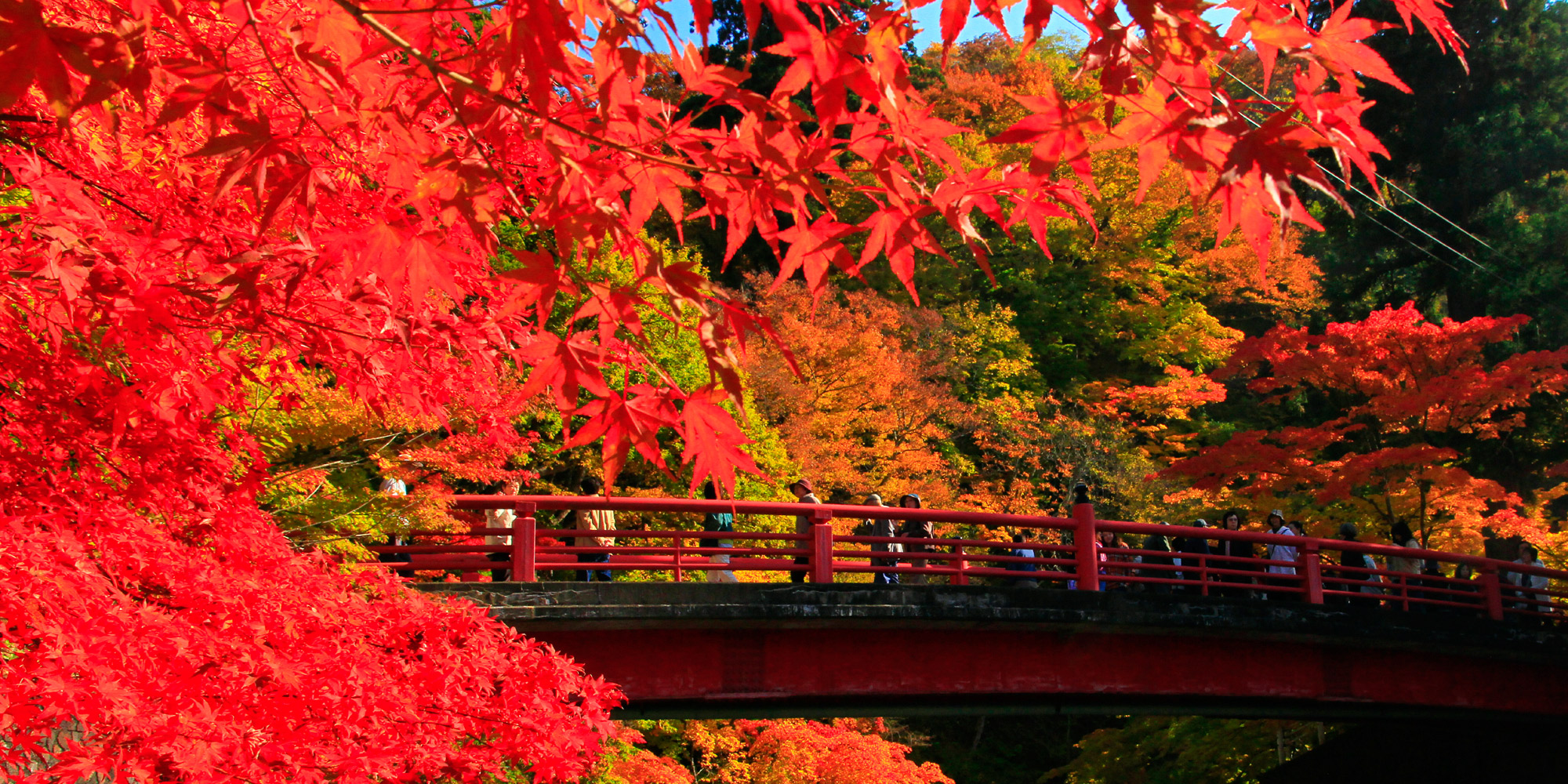 The beginning of Nakano Momiji Mountain

Nakano Momiji Mountain refers to the autumn foliage that can be seen surrounding the Nakano Shrine in Minami Nakano, Kuroishi, Aomori.

In 1802, the Tsugaru lord Tsugaru Yasuchika brought over 100 kaede (commonly called momiji) maple seedlings from Kyoto. This is said to be the start of the Nakano Momiji Mountain.
It has now become a famous sight for autumn foliage, bringing many visitors from in and out of the prefecture.

Within the forest, there lies Nakano Shrine and the castle site of Fudodate castle. Nakano Shrine is one of the three Tsugaru Fudo-so.
Nakano Shrine is said to have been built by shogun Sakanoue no Tamuramaro in 795 AD. With the wishes for years of peace, the shrine worships the legendary prince, Yamato Takeru. 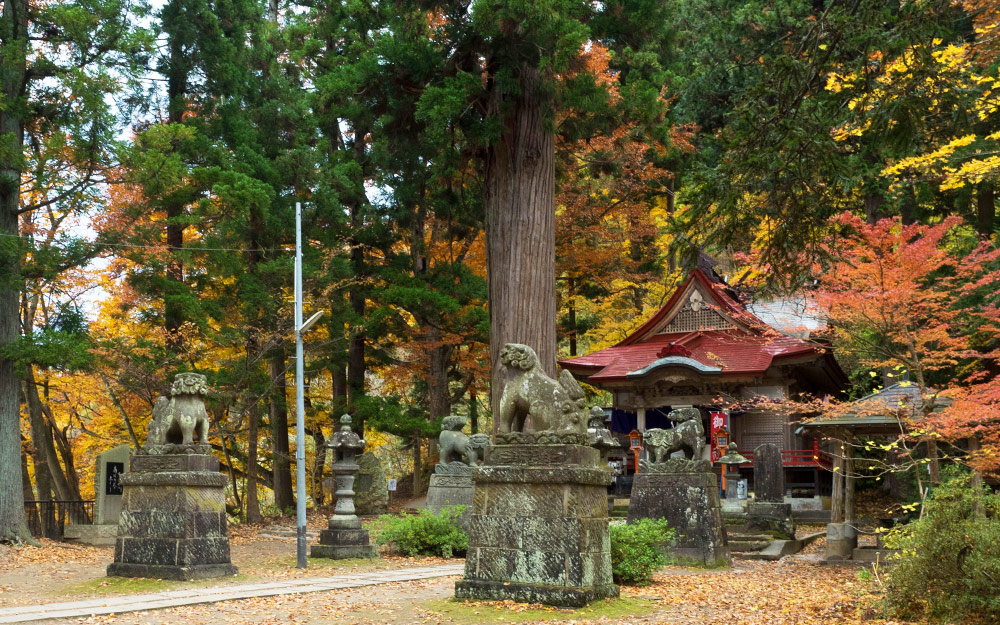 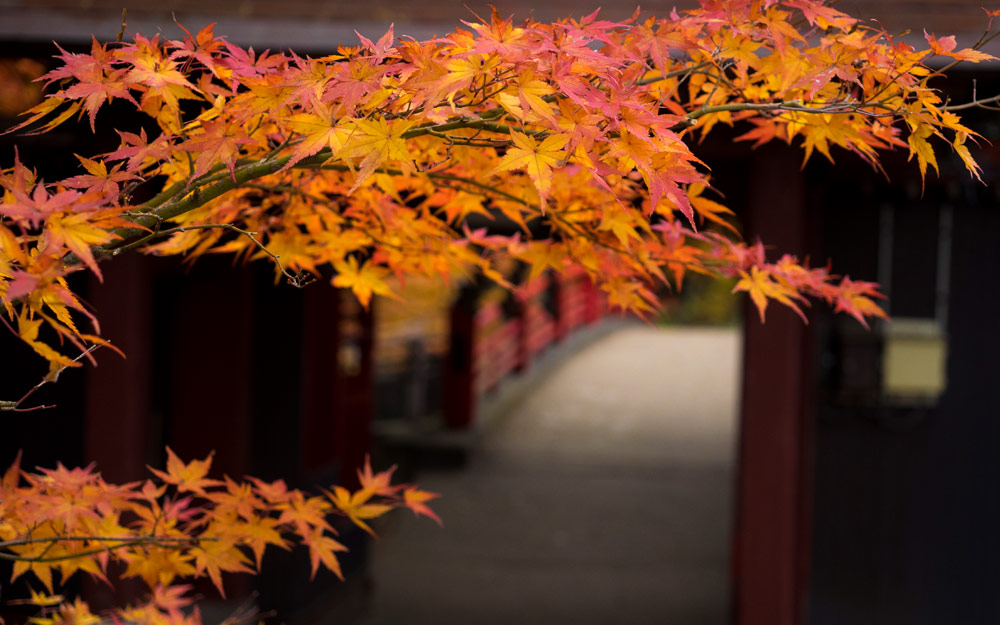 During the night illumination event at Nakano Momiji Mountain, visitors can pre-order a special bento meal box using seasonal local ingredients. A special tatami platform is set up for savoring the bento while enjoying the beautiful autumn foliage.

*Reservations must be made at least 2 days in advance.
*Please inquire for information regarding details such as date/time and price.

Under the orders of Shotoku Taishi in 610, a Tang priest Shonin Enchi arrived at Tsugaru in Aomori.
He had made three Fudo-so statues from one tree, and placed one at Mt. Kurotaki of Nakano (Kuroishi City), Tokozan Gorinji Temple of Nagaisawa (Kuroishi City), and the Koku Shoji Temple of Kogake (Hirakawa City), with the wish to receive the honor of the gods.
It is believed that visiting the three locations in one day will bring divine blessings to the visitor, and many believe in the power of the “Tsugaru San Fudo-so Meguri” (Visit the three Fudo-so). 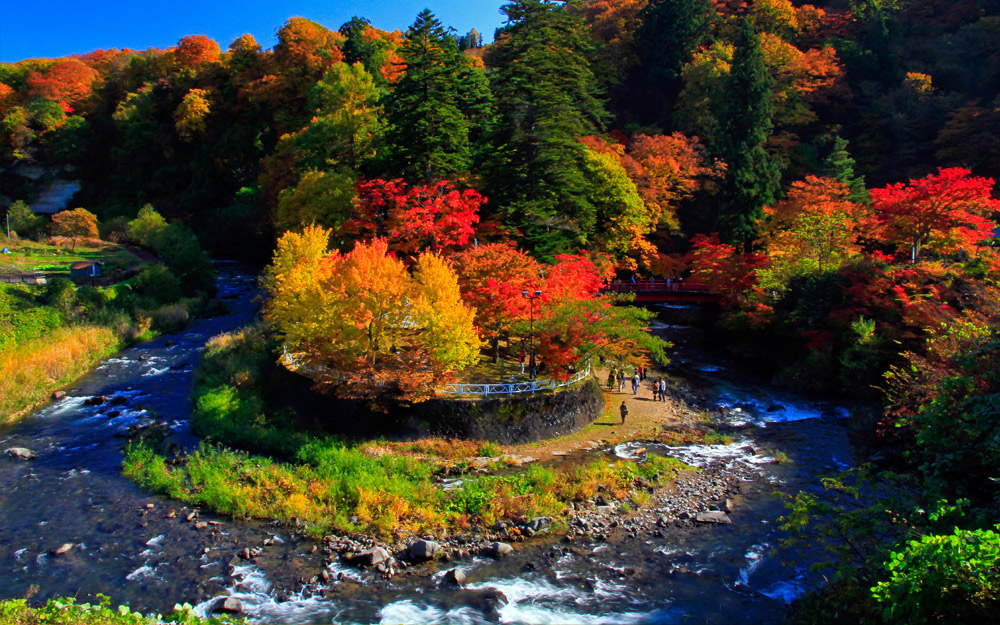 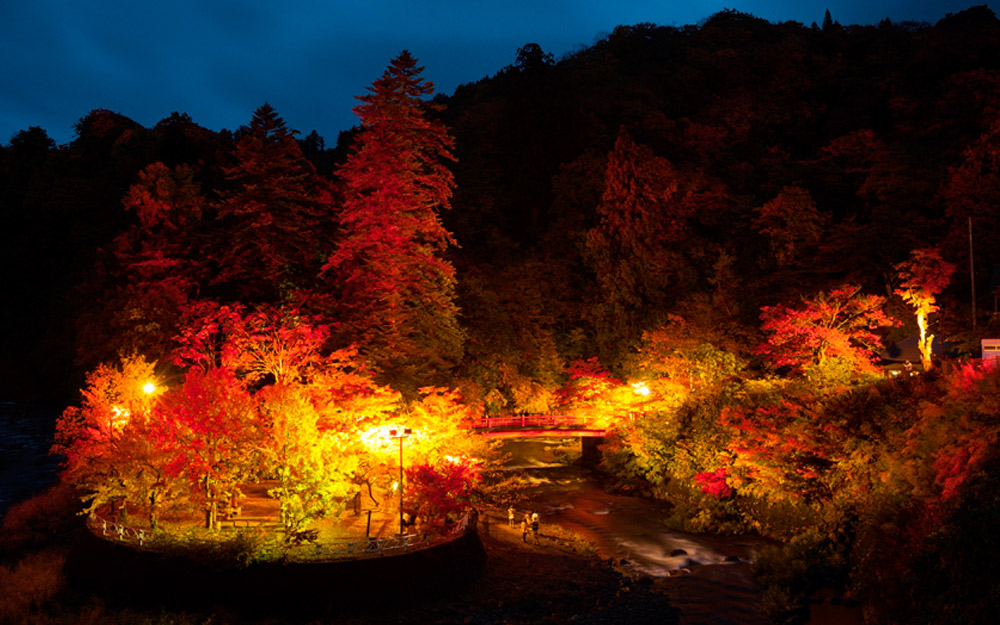 During the peak season in fall, the autumn foliage is accentuated by the beautiful waterfall and the stream, creating a vibrant world that is praised by many.
The English explorer Isabella Bird once visited this land and noted as “a place where everything is captivating”.