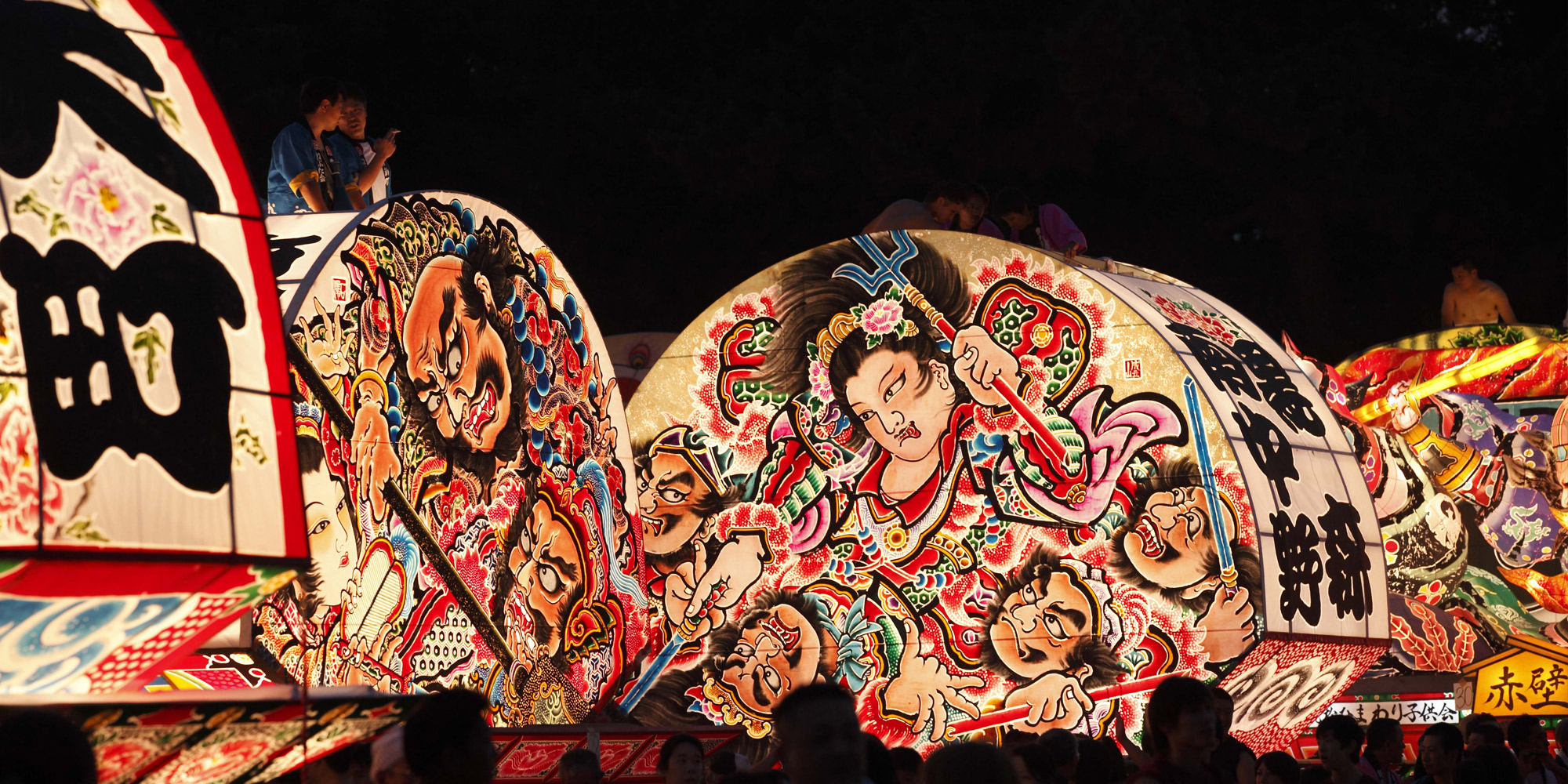 Kuroishi Neputa Festival is a lively summer festival that includes a parade of over 50 massive fan-shaped (Ogi Neputa) and man-figure lantern floats (Ningyo Neputa), the hayashi music band of Japanese flute, taiko, and gongs, and the loud shouting of “Ya-re Ya-re Ya” by children and adults.
The festival was designated as the Aomori Prefecture Intangible Folk Cultural Property in 1993. From July 30th to August 5th, the entire city of Kuroishi becomes enveloped by the festival and is filled with excitement.

In the past, Neputa was called Tanabata Festival in Kuroishi.
The festival is recorded as “Tanabata Matsuri” on documents kept by a group of Kuroishi volunteer fire fighters from Edo period. Drawings of 100 neputa lanterns at the time were found as well.
In 1878, the British explorer Isabella Bird visited Kuroishi during the Neputa festival. She introduces the sight of the festival as “something out of a fairy tale” in her book “Unbeaten Tracks in Japan”. 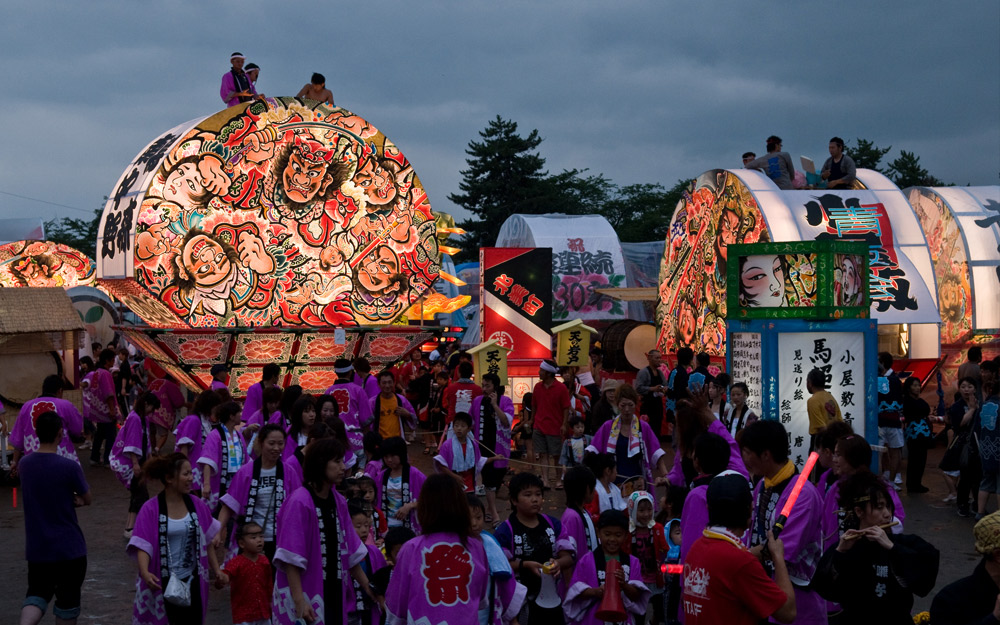 From the early days, Kuroishi have had both the fan-shaped and the man-figure neputa in the festival.
The man-figure neputa, ningyo neputa, in the Kuroishi Neputa is unique as the base of the float is layered and has a decorating railing at the top.

*The base has 5 layers, with a railing with 16 end points. In the posterior section, there is a back picture called miokurie. The base is made to spin around on the top of the carriage. 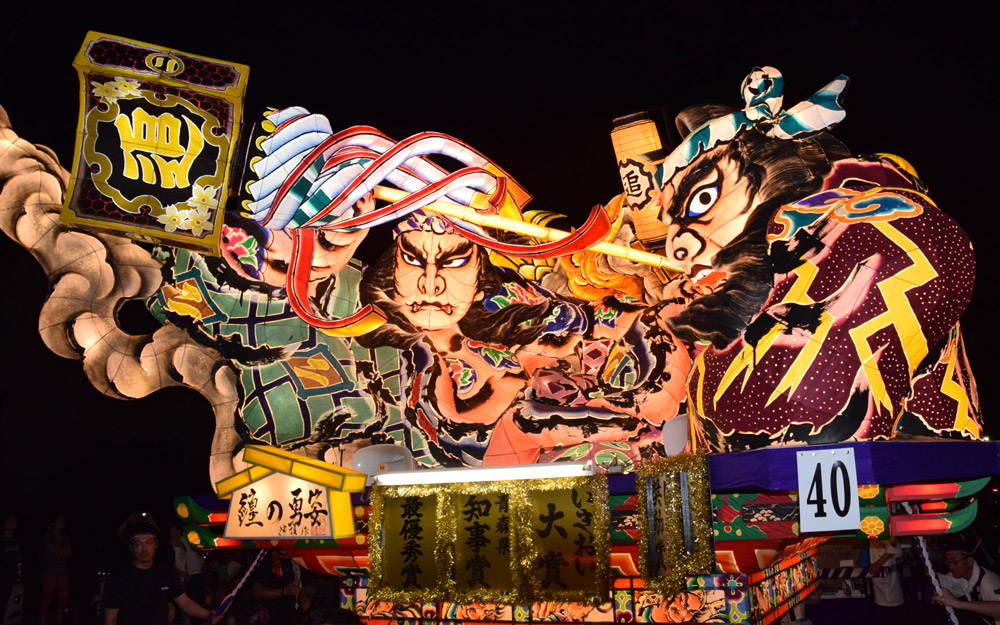 The main characteristic of the Ogi Neputa, the fan shaped float, is that on the front there is a gallant picture of a warrior, while on the back is an elegant painting of a beautiful lady.
While the front warrior picture expresses flamboyance, the back features a picture with a touch of sadness.
Many spectators are left in awe after seeing the back picture, miokurie.

Classes for the hayashi music band, who plays during the Kuroishi Neputa, begin in March when the snow season ends. Every participant competes and practices for their best performance during the Neputa festival in the end of July.
Final practices are also held around various parts of the city, perfecting the hayashi’s performance for the festival.

Close Examination of the Neputa

Spectators can see all of the neputas only on July 30th and August 2nd, the days of the joint parade. All Kuroishi neputas gather together at Miyuki Park for the parade around the streets of Kuroishi.